Could this breakthrough AI make your business better? 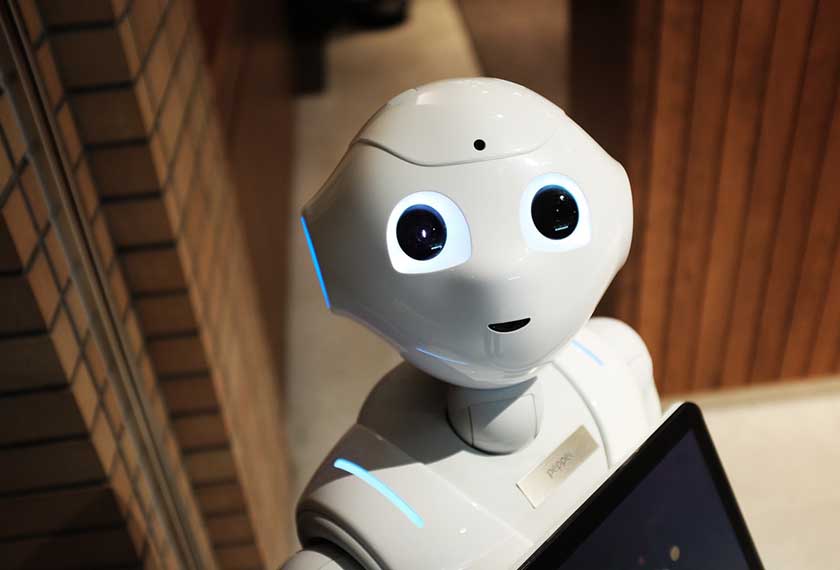 Housed just south of Liverpool in the Cheshire borough of Halton, is the high tech the Hartree Centre, home to the UK’s #1 supercomputer and to put it briefly, it’s a research and development centre that works with companies like IBM, Atos, Siemens, VEC and the University of Liverpool

What can this supercomputer do?

Well, last month when we talked with Paul Amman, he mentioned the supercomputer and told us about a medical company using the facility to help trial one of their medicines for a certain illness, and they found that not only does this medicine have far more uses, but they also found their other lines of medicine could be used to help treat illnesses they never even knew existed. Breakout technology like this is one of the reason’s the UK government is so generous with funding to the Liverpool City Region.

Did you know the city region is still receiving funds from Europe?

There’s also the manufacturing company that wanted to design a fresh new factory. The team at the centre were able to design a mockup of the site using blueprints and allow the workers and managers to test-drive their new factory in VR! Turns out, the site was designed with men in mind and a substantial portion of the women had troubles running the line due to their shorter stature. The entire site was redesigned and re-tested that very day to everyone’s satisfaction. Now, imagine a word in which this test-drive was never done. That’s a big hassle to manage – if part of your workforce is having difficulties working, you’d either have to re-develop the building, find an entirely new workforce and sort out the bureaucratic nightmare that would come with it, or, you’d have to tell your team to bite the bullet and get on with it. None of these options are even close to ideal.

Cognitive computing is essentially self-learning AI, which we’ve all heard of from sci-fi movies or even from those ‘evolution simulation’ videos on youtube. However, the Hartree Centre is no sci-fi flick, and it’s definitely not a youtube fa. They’re on the front lines of the UK’s cognitive computing front with the fastest super-computing technology in the UK. Any knowledge-based sector, such as healthcare, IT, marketing and telecommunications could all be made more efficient and far more competitive with the use of self-learning AI. It’s been said that with the use of this technology, any employee in a field, can be made just as good as the best person in their field – and why not? The computers are doing half the work for them! Doctors being able to automatically grab any medical record and run sophisticated computer aided analysis on their patients, marketing departments being able to show trends and spot market patterns, telecommunications and IT sectors being able to speak multiple languages and instantly find solutions to both complex and simple problems… the possibilities of this technology are endless… let’s just hope this isn’t the beginning of a a technological singularity!

The Hartree Centre also hosts webinars for businesses, explaining their supercomputing technology and how businesses can take advantage of it. In the past, they have talked about cloud computing, research software engineering, product design with a supercomputer, data engineering, and more. They are set to host more webinars around digital twinning, AI in legal, futureproofing the energy sector and improving healthcare with data analytics.

The Hartree Centre are also working with universities, introducing future doctors to the world of supercomputing and students in advanced computer science degrees.

Currently, Hartree are working with Alder Hay and are expecting it to become the UKs first cognitive hospital.

Working with EU organisations for research and development purposes.

Now, the fun part! Let’s think about what this means for our local businesses!

Currently, cognitive AI is only available to big companies and entities with some serious financial backing, but we know both from history and from basic economics, the more that an expensive technology is used and manufactured, the more money is invested into streamlining the production process – this streamlining brings about reduced costs for the manufacturer which in turn lead to reduced costs to the consumer. Not just this, but more customers means better scaling, which means an even further reduced cost. Look at airline companies, originally only the upper echelons of society could afford a ticket but as more and more people adopted air-travel, prices went down. We can even see this with Tesla today, originally extremely expensive cars, but prices are slowly started to decline, in fact, you can get a Tesla car for almost half of what you would have paid only a decade ago.

This is very exciting for us at Multiko, it means that in a few decades even local business could be making use of AI technology… It’s not hard to image there would even be smaller businesses that specialise in bringing AI technology to other local businesses, and not just special research centres that require massive amounts of funding. We’re looking forward to seeing what king of prosperity this technology will bring for our business in the future.

Want to see what this AI could be doing for you? Contact the Hartree Centre on their website: https://www.hartree.stfc.ac.uk